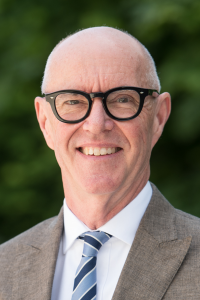 Dr. Hall obtained his B.Sc. and M.Sc. degrees in Biochemistry from McMaster University in 1972 and 1974. He then pursued studies in the Water Research Group at McMaster, where he received a Ph.D. in Chemical Engineering in 1981. In 1979, he joined Environment Canada’s Wastewater Technology Centre, where he worked as a senior process engineer and a part-time Associate Professor of Civil Engineering at McMaster University. In 1992, he came to the Department of Civil Engineering at UBC as Senior NSERC/COFI Industrial Research Chair in Forest Products Waste Management. Dr. Hall has been awarded the Willem Rudolfs Medal by the Water Environment Federation (1994) and the I.H. Weldon Award by PAPTAC (2000). Dr. Hall served as Head of the Department of Civil Engineering from 2003 to 2008, and as Dean pro tem. of the Faculty of Applied Science from 2011 to 2013.