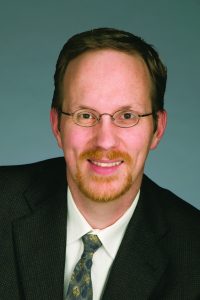 Dr. Ken Elwood serves as the MBIE Chair in Earthquake Engineering and Director of the newest Centre of Research Excellence (CoRE), QuakeCoRE: Centre for Earthquake Resilience.

Ken joined the University of Auckland in July 2014 after 11 years as a faculty member at the University of British Columbia, Canada. Ken was drawn to New Zealand to pursue the numerous opportunities for research and implementation in earthquake risk reduction. He is actively involved in research related to the seismic response of existing concrete and masonry buildings.

Ken is a member of several national and international code committees including the seismic provisions of the American Concrete Instititute Building Code (ACI 318). He is also a member of the Board of Directors of the Earthquake Engineering Research Institute (EERI) and Chair of the EERI Learning from Earthquakes program.