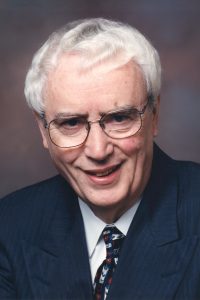 W. D. Liam Finn graduated from the National University of Ireland in 1954 with a B.Eng. in Civil Engineering. He got his M.Sc. and Ph.D. from the University of Washington in Seattle in 1957 and 1960 respectively. After the 1964 Niigata Earthquake, he began to specialize in Geotechnical Earthquake Engineering and started the first program in Canada at the University of British Columbia (UBC) in Vancouver. He was Head of Civil Engineering and Dean of Applied Science at UBC. In 1999, he was appointed as the first Anabuki Professor of Foundation Geodynamics at Kagawa University, Takamatsu, Japan. Liam Finn is also president of Pan-American Engineering and Computing Services Ltd. in Vancouver. He is an Honorary International Member of the Japanese Geotechnical Society and the Chinese Society of Soil Dynamics, PRC. He is also an Honorary Professor of the Metallurgical Institute in Beijing.

He is Editor of the International Journal of Soil Dynamics and Earthquake Engineering and is on the editorial boards of other journals. He is Chairman of TC-4 the Earthquake Engineering Committee of the International Society of Soil Mechanics and Geotechnical Engineering. Finn’s main research interest is geotechnical earthquake engineering with particular interest in liquefaction, seismic response of sites and earth structures, seismic safety evaluation of dams, seismic response of pile foundations and seismic risk. He has published over 300 papers on these topics. Finn consults internationally especially on the seismic safety of dams, beginning in 1967 with the Ingura dam in the old Soviet Union. He pioneered the use of dynamic effective stress analysis in practice in 1975 and the use of large strain deformation analysis for the analysis of post liquefaction deformation of dams in 1989 on Sardis Dam in Mississippi. Finn is currently working on a major research project funded by the Anabuki Construction Company, Takamatsu, Japan on the seismic response of large diameter cast in place concrete piles in reclaimed land in which liquefaction effects are a major problem.