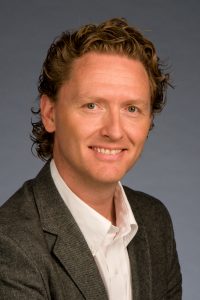 Professor Terje Haukaas has been a member of the structural engineering group in the Department of Civil Engineering since 2003. He received his Master’s and PhD degrees from the University of California at Berkeley in 1999 and 2003. Originally from Norway, Dr. Haukaas obtained his undergraduate degree from the Norwegian University of Science and Technology in Trondheim in 1996. Before that, he obtained an engineering degree from the Stavanger University College in 1994 and a technician degree from the Stavanger Technical College in 1992. He worked as a researcher and engineer in Norway from 1996 to 1998. Prior to entering the field of engineering, Dr. Haukaas had become a Journeyman and Master Builder of carpentry.

Dr. Haukaas conducts research on probabilistic modelling of hazards, structures, and impacts, with emphasis on computational simulation models. His notes and computer codes are posted here. Dr. Haukaas has co-authored a number of journal papers on reliability, sensitivity, and optimization analysis applied to civil engineering problems. Software development is an integral part of Dr. Haukaas’ research. He developed the first version of the Matlab toolbox FERUM and he implemented the first reliability and sensitivity options in OpenSees. He later spearheaded the development of Rt and Rts, which are computer programs for multi-hazard and multi-model reliability and optimization analysis.

For a full list of my publications, visit my profile on: