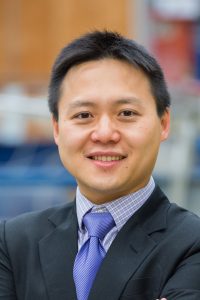 His research focus on improving the structural performance through advanced analytical simulation and experimental testing. He has developed the next-generation performance-based design guidelines (adopted by the Applied Technology Council, the ATC-58 research team) in the United States; developed advanced experimental testing technologies, such as hybrid simulation and nonlinear control of shake table, to evaluate structural response under extreme loading conditions; developed risk-based simulation models for countries in the North and South America and the Global Earthquake Model (GEM) for the counties in the South East Asia.

Dr. Yang has been actively involved in using novel technologies, such as base isolation systems and dampers, to improve structural performance. He has working with leading structural engineering firms to peer-reviewed landmark buildings, including the tallest steel plate shear wall structure in the world. Dr. Yang is an active member of the Tall Buildings Initiative Project, funded by the Pacific Earthquake Engineering Research Center, to develop seismic design guidelines for tall buildings.

For a full list of my publications, visit my profile on: